The Forgotten Third: Developing a Relationship with God the Holy Spirit — He CONVICTS the World!

We are studying God the Holy Spirit, the Third Person of the Trinity. And we are suggesting that Christians often either overemphasize Him or overlook Him. We want to find a biblical balance of appreciating all that He does in the believer’s life — and in the world! 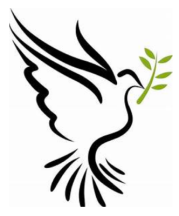 One of His primary ministries is that of conviction. Regarding the world, we read in John 16 —

7 But very truly I tell you, it is for your good that I am going away. Unless I go away, the Advocate will not come to you; but if I go, I will send him to you. 8 When he comes, he will prove the world to be in the wrong about sin and righteousness and judgment: 9 about sin, because people do not believe in me; 10 about righteousness, because I am going to the Father, where you can see me no longer; 11 and about judgment, because the prince of this world now stands condemned.

The Holy Spirit is active in the world and He has the power to bring persuasion and biblical guilt to the hearts of those who see their need of a Savior. He proves several truths to the world — that it/they are wrong about sin and righteousness and judgment. How are they wrong about SIN? He proves that the greatest SIN is not rape or murder or voting for the wrong political party. It is the SIN of not believing in the Lord Jesus.

He also convicts the world that it is wrong about RIGHTEOUSNESS. Righteousness is intimately connected to the God-who-became-man, the Lord Jesus. Because He  was “going to the Father,” He had finished the work the Father gave Him to do — and His work was perfectly pleasing to God! Jesus’ “leaving” means that righteousness finds its definition in Him.

The Holy Spirit also convicts the world about JUDGMENT. Jesus says, “because the prince of this world now stands condemned.” Christ’s atoning work brought condemnation to the fallen angel Lucifer and all his followers.

The question is — How does God the Holy Spirit bring conviction? If we look at Acts 2 and the Day of Pentecost, He brings conviction through the preaching of the gospel by human agents.

In his sermon Peter uses a bit of humor (“These people are not drunk . . . it’s only nine in the morning!”, v. 15) and applies the Old Testament prophecies to their current situation (vv. 16-21).

He speaks specifically about the Lord Jesus who was accredited by God through miracles. And he states that they had Him put to death, but that God raised Him from the dead (vv. 22-35).

He then declares, “God has made this Jesus, whom you crucified, both Lord and Messiah” (v. 36). Those listening were “cut to the heart” and asked, “Brothers, what shall we do?” (v. 37). Peter challenges them to believe, be baptized (as evidence of their faith), and he promises that they would receive the gift of the Holy Spirit (v. 38).

Obviously those who responded to Peter’s sermon were convicted by God the Holy Spirit. If we preach the Word of God and we don’t hesitate to do our best (using “many other words”) in pleading with sinners to repent, we will see Him bring into God’s family those who believe.

The Challenge: Pray today for the Spirit’s convicting ministry in the life of someone you love.