The Theology of Calvin . . . and Hobbes (Unconditional Surrender)

When you come right down to it, isn’t that a great explanation of the gospel? UNCONDITIONAL SURRENDER? We have no claim on God’s grace — and should have no expectation that we somehow deserve His mercy. We are enemies of God until we trust Christ! And GOD is the last One we should ever have as an ENEMY! Any ideas how we help others unconditionally surrender to Christ?

Some Thoughts on FRIENDSHIP — From an INTROVERT! ENEMIES of God!? (Part 2) 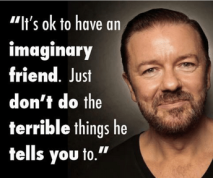 None of us likes to be told that we enter life as ENEMIES of God! But that’s the testimony of Scripture. True, every person is a creation of God and is made in the image of God. But as we saw in our previous post, CREATION does not equal REDEMPTION.

I’ve been studying Ephesians 2 recently and here is what we learn about our B.C. (before Christ) condition:

We dare not waffle on the truth of 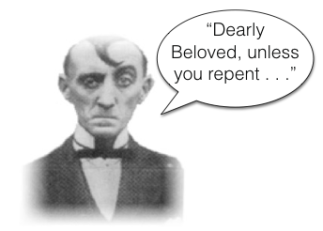 CONVERSION.  I heard of a very cautious clergyman in Detroit who once challenged his congregation with these words: “Dearly beloved, unless you repent of your sins in a measure, and become converted in a degree, you will, I regret to say, be damned to a more or less extent.” Biblical conversion moves one out of the category of enemy into the category of child, redeemed by the finished work of the Lord Jesus.

Let’s not leave those verses in Ephesians 2 too quickly. Notice some of the awful statements about our pre-conversion condition: “dead in your transgressions and sins”; you “followed the ways of this world”; you were “by nature deserving of wrath”; etc. Those expressions are the death-nail to human pride. When one says, “Yes, Lord, that is indeed my condition,” he or she is on the fast track to forgiveness and fellowship with God. And conversion leads to FRIENDSHIP WITH GOD!

Some Thoughts on FRIENDSHIP — From an INTROVERT! ENEMIES of God!? (Part 1)

What must it mean to be called a “friend of God”? If our view of God is low, then that expression means very little. But if we think of God as the Almighty Creator of the heavens and the earth, the One who sent His own Son to die for our sins, the One who grants us the very next breath of air in our lungs, then becoming His friend has to be the greatest gift one could ever have!

Atheism, of course, tells us that God isn’t real and any “relationship” with Him is pure self-deception. Militant atheists sometimes express their disapproval with posters like this one: 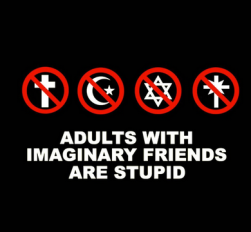 Great questions! Here’s what the Bible teaches: Before conversion, we were not friends, but enemies of God! Romans 5:10 says, “For if, while we were God’s enemies, we were reconciled to him through the death of his Son, how much more, having been reconciled, shall we be saved through his life!”

There is no spiritual neutrality, no religious Switzerland. We come into this world as wrath-deserving sinners who begin to practice our rebellion as soon as possible! Yes, we are children of God in the sense of CREATION. But creation does not equal REDEMPTION! The Apostle Paul calls his listeners on Mars Hill “the offspring of God,” but then calls them to repent and believe in Jesus! (Acts 17).

“Unlike Jesus” – A Theology Matters Retreat for Dayspring Camp – Part 3

In a few days I get to lead a group of young people through the topic of being a friend of sinners, like Jesus was (Mt. 11).  In our six-part study, we have already seen that we need a theology of lostness (we come into this world as enemies of God and under His wrath) and we need a theology of friendship (we need to learn to listen to our unsaved friends without resorting to conditional friendships).

Session #3-  A Theology of WORLDLINESS!

James 4:4 says, “You adulterous people, don’t you know that friendship with the world

Many Christians genuinely fear falling into sin if they intentionally become friends of sinners.  But we can love sinners without compromising our Christian convictions.  I’ve done a serious study of the “world,” a term used 17 times by the Lord Jesus in His high priestly prayer in John 17.  That word cosmos (in the Greek) can be translated the planet, the people of the planet, or the pagan system opposing God and the things of God.  Here’s my translation of John 17, attempting to insert the best translation of that word.

There are ten conclusions that we can draw from looking at John 17 in this way:

1. The full deity of the Lord Jesus is foundational. He had the Father’s glory before creation (v. 5) and was loved by the Father before the creation came into existence (v. 24).

2. We all are in the pagan system opposing 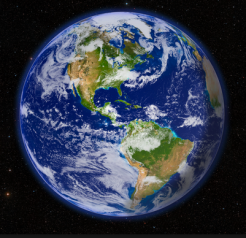 God until He saves us. No one is spiritually neutral. We are all enemies of God before conversion (v. 6).

5. He says these things while here on the planet so that we might have the full measure of His joy. Now. Here. (v. 13).

7. Jesus prays for our protection not our escape from this planet (v. 15).

8. We have been sent/commissioned by the Lord Jesus to the people of this planet (v. 18).

Being a friend of sinners does not automatically mean being a friend of the worldly system!  And our mission is in this world!  Although we long for the Lord’s return for us, we are not to embrace a kind of evacuation theology that shirks our ministry here!  (to be continued)

Tags: enemies of God, friend of the world, John 17, the world, worldliness

After Jesus said this, he looked toward heaven and prayed:

“Father, the hour has come. Glorify your Son, that your Son may glorify you. 2 For you granted him authority over all people that he might give eternal life to all those you have given him. 3 Now this is eternal life: that they know you, the only true God, and Jesus Christ, whom you have sent. 4 I have brought you glory on earth by finishing the work you gave me to do. 5 And now, Father, glorify me in your presence 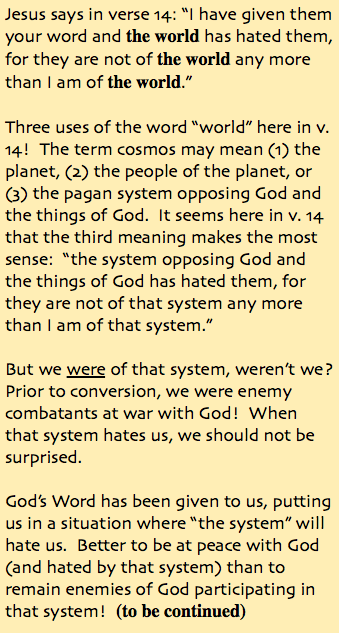 with the glory I had with you before the world began.

Jesus Prays for His Disciples

6 “I have revealed you to those whom you gave me out of the world. They were yours; you gave them to me and they have obeyed your word. 7 Now they know that everything you have given me comes from you. 8 For I gave them the words you gave me and they accepted them. They knew with certainty that I came from you, and they believed that you sent me. 9 I pray for them. I am not praying for the world, but for those you have given me, for they are yours. 10 All I have is yours, and all you have is mine. And glory has come to me through them. 11 I will remain in the world no longer, but they are still in the world, and I am coming to you. Holy Father, protect them by the power of your name, the name you gave me, so that they may be one as we are one. 12 While I was with them, I protected them and kept them safe by that name you gave me. None has been lost except the one doomed to destruction so that Scripture would be fulfilled.

Jesus Prays for All Believers

20 “My prayer is not for them alone. I pray also for those who will believe in me through their message, 21 that all of them may be one, Father, just as you are in me and I am in you. May they also be in us so that the world may believe that you have sent me. 22 I 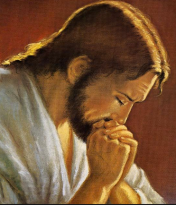 25 “Righteous Father, though the world does not know you, I know you, and they know that you have sent me. 26 I have made you known to them, and will continue to make you known in order that the love you have for me may be in them and that I myself may be in them.”