Are you wasting away? Join the club!

Within one week I have developed three problems with my right leg.

I have a weak hamstring, the beginnings of plantar fasciitus, and a serious case of athlete’s foot!  Really.  My whole right side is a mess.  This on top of occasional stabbing pain from arthritus on the top of my right foot.

I played a tennis match last night and during the very first point of the match I felt my right hamstring tweak a bit.  I prayed that I could make it through the match (that hamstring made me

retire in a match months before.  It was followed by weeks of physical therapy), and I did.  So I spent some of today looking up exercises for a weak hamstring (’cause I have a weak mind and had forgotten the exercises I spent over $500 to learn months before).

I like being active.  I like playing tennis with guys 20-30 years younger than me.  My body disagrees with my likes.  I can hear the conversation my hamstring had with my foot yesterday:

Hamstring:  “I mean he’s always acting like he’s 30 and he’s over TWICE that! 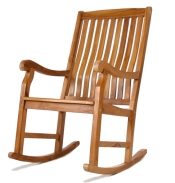 Tell you what:  I’ll tweak him just a bit to scare him some and you can do, well, whatever it is that you do!”

Foot:  “Deal!  Maybe we can convince him to buy a rocking chair!”

2 Corinthians 4:16-17 says, “Therefore we do not lose heart. Though outwardly we are wasting away, yet inwardly we are being renewed day by day. 17 For our light and momentary troubles are achieving for us an eternal glory that far outweighs them all.”

But I do understand a few things:  (1)  This world is fallen and broken and in pain (like my body parts).  I should expect some effects of the Fall in Genesis 3 in my own life (thanks, Adam & Eve).  (2) This world is not the only

one that is.  There will come a new world and I will get a brand-new resurrection body without plantar fasciitus or athlete’s foot or weak hamstrings.  So I need to think a bit more about that new world that’s a-comin’.  (3) I need to focus more on allowing my inner man to be renewed!  This is not to say that our bodies are the prisonhouse of our souls or that we shouldn’t exercise or take care of ourselves.  It is the simple truth that we are more than our bodies, more than our athletic abilities, more than our energy and stamina can produce.  And lastly, (4) I must take a comparative view and somehow recognize that the issue really is between “light and momentary troubles” versus “an eternal glory that far outweighs them all.”  Meanwhile, I’ve just got one question for you:  Got any Ben Gay?

1.  What physical exercises do you regularly do?

2.  What spiritual disciplines do you regularly practice?

Posted by Dr. Larry Dixon on August 14, 2013 in Uncategorized

This is not me. But it did hurt.

I think I am fast approaching my own physical cliff.  I know.  I know.  The debt crisis that all the news outlets are reporting has to do with the “fiscal cliff,” but those dire predictions got me to thinkin’.  And that’s not always a good thing.

I looked up the word “cliff” and I found that it is sometimes rendered precipice, rock face, crag, bluff, ridge, escarpment, scar, scarp, ledge, or overhang.  Some of those actually apply to me.

I started thinkin’ mostly as I was driving today to my seventh physical therapy session.  It’s a long story, but I’ll keep it short.

I play tennis.  And I pulled my hamstring.

Wait.  That’s too short.  I’ve left out too many incredible details.  Here’s the longer version:

About a month and a half ago my doubles partner Chip and I were playing a regular season match against Chris and Chris (they both have the same first names, but don’t look at all like each other and aren’t related as far as I know).  They are a strong team and I anticipated that Chip and I would get beaten pretty badly.

Imagine my excitement when we won the first set on my serve!  It was a glorious victory with the last point being decided by our hitting lobs and their hitting overhead smashes which we miraculously returned!  The stronger of the two Chris’s (or is it Crises?) tried to smash the lob I hit to him and he completely missed it.  We won the 1st set — on my serve!

The very next point was composed of Federer-like down-the-line drives, a couple of drop shots, and then a deep smash down my forehand alley.  I sprang into action, chasing down that shot, and felt like I got shot in the buttocks.  Actually, it was my upper right thigh, but I wanted to use the word “buttocks.”

I knew almost immediately that I had “pulled” my hamstring.  Now, I like bacon and pulled pork and sausage, but I’ve never eaten hamstring.  I just know that IT HURT!  I could hardly walk up to the net to shake hands and, as they say in the pros, “retire” from the match.

Here’s the irony.  I had faced that same team of Chris and Chris about two months before with a different partner (Gil) and I had had to retire with severe tendonitis.  Imagine my embarrassment of having to retire a 2nd time within two months to the same doubles team.  You can’t, can’t you?  Did you at least try to imagine?

Hence, my seven sessions of physical therapy for my pulled hamstring.  Today’s my last session.  Physical therapists are great people — and excellent torturers!  They were widely used in the Korean war to victimize the Allied troops when they ran out of bamboo shoots.  Rumor has it they also were deployed during this country’s last presidential election.

All this to say:  I think I’m going over a physical cliff.  I’m learning from my tormentors — I mean my physical therapists — that I need to warm up my muscles before I play a match.  But first I have to find them — and that’s not always easy.  I have found that my muscles and tendons are a lot easier to find once they are strained, or pulled, or torn, or broken.  THEN I know where they are and can take medication and do weird, almost kama sutra-like exercises to stretch them.

How about you?  How’s your physical cliff?  Just don’t forget to stretch before you go over that precipice, rock face, crag, bluff, ridge, escarpment, scar, scarp, ledge, or overhang.

— Today’s blog is dedicated to the diligent and kind staff of Columbia Rehabilitation Clinic, Inc.