This text uses the name “Ophrah”! Really. That’s not exactly the same as Oprah, but close.

In our verses for today, we are in the context of war. Raiding parties of the Philistines attack the Israelites. But Israel had a major problem — no blacksmiths! The Philistines had said, “Otherwise the Hebrews will make swords or spears!” (v. 19). So Israel had their farming

implements sharpened by the Philistines (v. 20). And the prices are listed for us here in I Samuel 13!

Only Saul and Jonathan had a sword or spear. No other Israelite soldier possessed such a weapon. Chapter 14 will tell us about Saul’s son Jonathan and his attack on the Philistines.

Any takeaways for today? Even our enemies can provide needed services for us?  (I would suggest that these verses in chapter 13 are simply setting us up for what will happen in chapter 14).  Have a great day!

What is the price of disobedience? In this first section of chapter 13 we see King Saul go through a process of reasoning in his mind and he does something that forfeits his kingdom! Human rationalism will take us only so far in this life. And when it flies in the face of keeping God’s commands, it can be lethal.

The situation is a war-time catastrophe. The Philistine army gears up to fight the Israelites because the latter had become “obnoxious” to the former (v. 4). And the Philistines muster all their forces (including 3000 chariots) to attack Israel. It is a desperate military situation!

They see their situation as “critical” and their army is “hard pressed” and these soldiers hide in caves and thickets, among the rocks and in pits and cisterns (v. 6). Israel’s troops become understandably fearful (“quaking with fear”) (v. 7).

Saul endures this panic among his troops for seven days, waiting for Samuel to come and make offerings to Israel’s God. But his patience comes to an end, Samuel has not arrived, and the troops begin to scatter (v. 8). So Saul does the unthinkable — he takes Samuel’s place and offers up the burnt offering (v. 10).

Of course Samuel arrives at that moment and asks Saul who comes out to greet him, “What have you done?” (v. 11).

Those reasons sound pretty good to me. But Samuel says, “You have done a foolish thing. You have not kept the Lord’s command. As a result, your kingdom will not endure. Moreover, the Lord has sought out a man after His own heart and appointed him ruler over His people.” (v. 14).

Samuel leaves Saul and Saul counts his men who number 600. It appears that Saul’s action did not solve the problem of his men scattering, did it?

There is much I don’t understand here. But I know a bit about panic. I can understand in a military context the terror that would overcome a leader when his soldiers begin to desert, when defeat seems imminent, when things haven’t worked out as one assumed they would.

All those are good reasons to 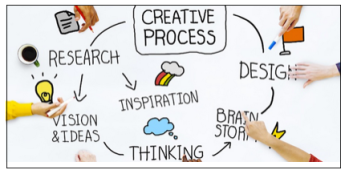 take drastic action, aren’t they? But Saul’s taking Samuel’s place and offering the burnt offering to get the Lord’s blessing on the upcoming battle was too much. And it cost him his kingdom.

My takeaways from this event:
(1) I too am in a battle, against spiritual forces!
(2) I too want the Lord’s favor in my life and in my ministry.
(3) But there are never enough good reasons to disobey the Lord! Where was Saul’s faith? Yes, Samuel was delayed in arriving. Yes, Saul’s troops are hiding or leaving. But this was the LORD’s army, right?
(4) Relying on my own reason and rationalizations is not the same as simple, faith-driven obedience and trust in the sovereign God!