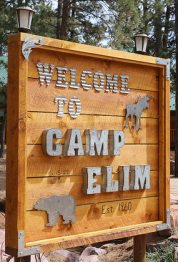 Linda and I will be at Camp Elim in Colorado September 23-24 for their “Heritage Retreat.” I will be speaking on one of my favorite passages, 2 Corinthians 12:1-10. These posts will allow me to think out some of what I want to say in those four messages.

Paul’s final evidence of his apostleship (of which he boasts) is this vision of or trip to heaven.

There have been many who have claimed to literally go to heaven, usually during a traumatic time of injury. Here are several books that make the claim of having actually gone to heaven — and come back!

Each of these books have been carefully read and evaluated by Bible-believing followers of Jesus — and found wanting! I evaluated Mary Baxter’s book (as well as her A Divine Revelation of Hell) in my book entitled Heaven: Thinking Now about Forever. Tim Challis, a Toronto pastor, wrote an article entitled “Heaven Tourism” which may be accessed here.

I just read through Challis’ article and I believe it is worth adding it to today’s post. Please read it through!

Heaven Tourism June 18, 2012  #false teaching #heaven
Travelling to heaven and back is where it’s at today. Don Piper spent ninety minutes there and sold four million copies of his account. Colton Burpo doesn’t know how long he was there, but his travel diary has surpassed 6 million copies sold, with a kids’ edition accounting for another half million. Bill Wiese obviously booked his trip on the wrong web site and found himself in hell, which did, well, hellish things to his sales figures. Still, 23 Minutes in Hell sold better than if he had described a journey to, say, Detroit, and he even saw his book hit the bestseller lists for a few weeks. There have been others as well, and together they have established afterlife travel journals as a whole new genre in Christian publishing–a genre that is selling like hotcakes, or Amish fiction, for that.

I’ll grant that the cost of this type of journey is rather steep (you’ve got to die, though only for just a few minutes), but it’s a sound investment when you factor in the sales figures. I can think of quite a few authors who would trade a few minutes of life for 50+ weeks on the bestseller lists and a few appearances on TBN.

The most recent heaven tourist is Mary C. Neal. Much like Todd Burpo, who is responsible for taking his son’s adventures to print, Neal only decided to write about her experiences many years after the fact, after all those other “I went to heaven” books began to sell in the hundreds of thousands. But that’s definitely just coincidence. She initially self-published her book To Heaven and Back, but once it started generating buzz (i.e. selling lots and lots of copies), Waterbrook Multnomah stooped down and scraped it off the bottom of a shoe somewhere, and promptly re-issued it. With the extra marketing nudge, it has now made its debut on the New York Times list of bestsellers. I gave it a skim–I just couldn’t bear to read it all the way–and found that it is much the same as the others. In fact, it may be worse than the others in that it contains even less Christian theology, less gospel and far more New Age, sub-Christian nonsense. That a publisher of Christian books would even consider taking this to print is appalling.

I am not going to review To Heaven and Back. It’s pure junk, fiction in the guise of biography, paganism in the guise of Christianity.But I do want to address a question that often arises around this book and others in the genre: How do I respond to them? How do I respond to those who say they have been to heaven? When a Christian, or a person who claims to be a Christian, tells me that he has been to heaven, am I obliged to believe him or at least to give him the benefit of the doubt?

No, I am under no such obligation. I do not believe that Don Piper or Colton Burpo or Mary Neal or Bill Wiese visited the afterlife. They can tell me all the stories they want, and then can tell those stories in a sincere tone, but I do not believe them (even when they send me very angry and condescending emails that accuse me of character assassination). I am not necessarily saying that these people are liars–just that I am under no obligation to believe another person’s experience. Here’s why:

In the first place, we have no reason to believe or expect that God will work in this way–that he will call one of us to the afterlife and then send us back to our old bodies. The Bible says that it is for man to die once and then to experience the resurrection. There are many experiences we can have in a near-death state I am sure–dream-like experiences that may even seem real–but the Bible gives us no reason to believe that a person will truly die, truly experience the afterlife, and then return. Those who have a biblical understanding of life and death and heaven and hell will know that for a person to die and visit heaven, to experience sinlessness and the presence of Jesus Christ–for that person it would be the very height of cruelty to then demand that they return to earth. None of these books are at all consistent with a robust theology of heaven and hell, of the work of Jesus Christ, of the existence of indwelling sin. On the surface they may seem compelling, but in reality they raise far more questions than the few they may appear to answer.

You dishonor God if you need this kind of outside verification. In the second place, the very idea of God calling a person to heaven and back and then having that person share his experience in order to bolster our faith is the exact opposite of what the Lord desires for us. We have no reason to look to another person’s experience of heaven in order to prove that heaven is real or hell is real. The Bible promises blessings on those who do not see and yet believe. Our hope is not to be in the story of a minister or toddler or doctor or anyone else who insists they have been to heaven; our hope is to be in Jesus Christ as God has graciously revealed him to us in the Bible. Faith is believing that what God says in his Word is true and without error. You dishonor God if you choose to believe what the Bible says only when you receive some kind of outside verification. You dishonor God if you need this kind of outside verification.

A question remains: How do I respond to a Christian who has read these books and who finds great joy or comfort in them? You point that person to what is true. You will need to be careful with tone and timing, but ultimately, it will be a blessing for any Christian to direct his faith to the worthy object of faith. Faith will be strengthened by reading the Bible and believing it. Faith will be weakened by reading the Bible and believing it only after reading 90 Minutes in Heaven. You can serve any Christian by directing him to the Bible and helping him to see that we are called to believe God on the basis of what he says in his Word, not on the basis of another person’s experience. 90 Minutes in Heaven and Heaven Is For Real and all the rest are not books that beautify the doctrine of heaven, but books that attack the doctrine of Scripture. The Bible insists that it is enough, that it is sufficient, that we have no need for further special revelation from God; these books insist that it is not.